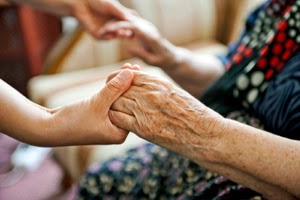 Anyone familiar with Anton LaVey’s Satanism envisions Satanists as egotistical, self-centered miscreants with complete disregard for others and for society as a whole.  Even most LaVeyan Satanists would describe themselves as selfish to some degree.  Theistic Satanists, too, recognise the innate divinity of the Self and thus embrace the ideal of self-exaltation and the spiritual profundity of autotheism.  It would seemingly be a rare and guarded fact that not all Satanists are sociopathic hedonists – even rarer that many consider themselves to be pillars of their respective mundane communities.  The truth of the matter is that the long-assumed “fact” that Satanists are incapable of altruistic acts is not only an untruth, but that Satanic criminality has been disproportionally sensationalised thanks to mass paranoia and the perpetuation of the image of Satanists as murderous cultists within pop culture.

Most of what we regard today as Satanic philosophy was established by Anton LaVey with the advent of his book, The Satanic Bible – first published in 1969. The Satanic Bible laid the groundwork for Modern Satanism and, subsequently, most traditions of Theistic Satanism.  Some of the key principles recognised as paramount to Satanic identity include:

Many calling themselves Satanists have often extracted particular ideas from Satanic philosophy and have used them to validate criminal acts and antisocial behaviour, citing that Satanists reject all aspects of human social constructs and have no regard for the personal space and well-being of others.  Such individuals exist within both the LaVeyan and Theistic Satanic communities at large.  Unfortunately, one of the more recognizable demographics within pseudo-Satanism is that of the teenage “Satanist” – the hapless Goth kids in long black trenchcoats whose tragic and misguided attempts at self-exploration often lead them to a life of substance abuse, homelessness, prison or even death.  How many films and television shows portray so-called “Satanic cults” orchestrating murderous plots, gathering around the sacrificial altar in hooded cloaks whilst raising blood-stained daggers in praise of Satan?  Unfortunately, this image of Satanists is the most recognizable today.

It is folly to believe that we can ever hope to (or desire to) see the world praise Satanists as “normal every day people”.  Some 31% of the world population is religiously Christian.  In the eyes of most Christians, Satan will always the “Enemy of Man” and Satanists will always be wantonly assisting Him in leading souls astray.  It is not the image of the sociopathic Satanist that we wish to challenge so much as it is the perception that Satanists are incapable of altruism.

Anton LaVey insisted that there was “no such thing as a selfless act”.  I tend to agree.  While I could happily derail this post into a long-winded lecture regarding the specifics of the this theory, I will not.  Regardless of whether or not doing a “good deed” benefits the doer in some way, most Satanists who truly understand Satanic philosophy recognise that antisocial behaviour is actually detrimental to self-advancement.  Destroying or contributing to the destabilisation of one’s home environment ultimately results in the destruction of one’s ability to productively operate within that society and to sustain his or her lifestyle.

Earning a bad reputation can completely handicap the likelihood of attaining gainful employment.  Criminality carries with it the risk and a high probability of incarceration and the loss of personal freedom.  Therefore, while it is not essential that a Satanist selflessly “puts others ahead of themselves”, it is essential that Satanists recognise the necessity of being a functioning member of society.

Returning to the theme of altruism and the idea that there is no such thing as a selfless act, Satanist or not – all human beings have motivations which drive their decisions to help others.  Some individuals donate to charity because it “makes them feel good”.  Although there is no sinister motive, this is self-gratification nonetheless.

Whether or not a Satanist is inclined to “do good unto others” because it is gratifying to do so, positively contributing to the society in which we live is also positively contributing to our own existence as individuals.  There are many Satanists who balk at the notions of giving and altruism as they often regard altruistic acts as being dependent upon “love”.  Love has nothing to do with it.  As I have mentioned, the better off we are as a society and as a collective species, the better off are ourselves and our families.

I give to my family because I love them.  I give to others because it makes me feel good to do so and because I believe in repaying those who have come to my aid when I was in need.  I help those less fortunate because I know what it feels like to live in poverty.  I see my grandmother in the face of every lonely old woman on the street and it I feel struck to the bone with wonder as I recognise the divine being hiding behind those sad eyes.  I go to work every day even though I would love nothing more than to spend my waking hours writing or creating my art, but I know that I have a responsibility – not only to my family – but to myself to ensure that my experience of life is something that can be wholly enjoyed, cherished and afforded.

Divinity is not something reserved for Satanists.  It is not a gift bestowed upon the wealthy.  I often quote the passage from Isaiah 46:9 in the phrase, “I am God and there is none like Me” in reference to myself and in reference to the Satanic belief in autotheism.  But it is actually an untruth.  Yes, I am God as are you – and there are billions just like Me.